The Link Between Two Realms 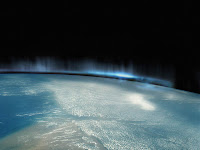 Brownell goes on to state: “When we say that a teaching of Jesus is just a 'Symbolic Analogy' it opens up the door to a 1000 interpretations, and removes its true meaning. But a 'Spiritual Reality' is different than a 'Symbolic Analogy'. Some biblical teaching is symbolic, but not all.  For example, The Tree of Life is not symbolic, it's a real tree that one can see and touch in the heavenly realm, the Sword of the Spirit is not symbolic either, it is real. I'm re-reading the teachings of Jesus, knowing that maybe things I thought were just symbolic, may actually be 'Spiritual Realities'. Another example of this is from Proverbs 23:32 where it says that wine/alcohol bites like a snake. Most people would consider this a 'Symbolic Analogy', but according to Christians with the gift of Spiritual site this proverb is not symbolic but a 'Spiritual Reality'. There are spirits of snakes in alcoholic drinks. (see here) Another example of this is from Matt 21:21, where Jesus tells us we can cast mountains into the sea. Someone who considers this a symbolic teaching might pray like this, "I cast my Mountain of Debt, into the Sea, I cast my Mountain of Pain into the Sea." But now we're finding out by revelation that it's not symbolic, there are actually demonic mountains in the heavenly realm that need to be cast down. (see here).”

Brownell continues: “When the Church preaches against a sin, like Homosexuality, drunkenness or Abortion, then battles rage in the heavenly realms against these principalities.”

This may all seem new to you, but I want to show you from Scripture, as well as divine revelation that has been given, that this is not new at all.  It is the way things have always operated.

Spiritual Actions Transferred Into Physical Realm
Now let’s examine spiritual actions transferred into the physical realm.  Here are some examples:
Weapons in the spiritual realm available to saints
There are also weapons in heaven available for the saints who ask for them.  According to brother Yong-Doo Kim in Baptizedby Blazing Fire, there are many high-tech weapons of all kinds, and even missiles, submarines, helicopters, etc.

Weapons and other things the enemy has stolen
In Baptized byBlazing Fire, it has been revealed that in hell, satan has massive stockpiles of various instruments of torture.  Some of these are traditional farming equipment, such as pitch forks, plowshares, etc.  Other items include chainsaws and knives.  There are even high tech weapons there to torture people with.

In her book ThePriestly Bride, Rountree says that Satan has a display room where he displays trophies he has stolen from God. This is a trophy room. Display tables flank either side of the room.  These are covered with what seem to be black velvet.  The objects on display are shining with light from within.  The objects are beautiful, not because of exquisite workmanship nor because they are encrusted with jewels.  Instead, they seem to have some beauty bestowed upon them by God.  They are His, for His people once used them.  Now they sit on display like war mementos.  Each article is labeled. On display are the just measure, Miriam’s tambourine, Bezalel’s renderings for the workers (of the patterns given to Moses on the mount), the widow’s bowl, various musical instruments of ancient design, and on and on. Each one had been used by God in some extraordinary way and then stolen from Him.  We can only suppose that these had been taken into the enemy camp because of the sins of God’s people (see here).

In her book, The Heavens Opened, Rountree writes:
The Lord spoke, “The enemy has hidden stolen treasure within the darkness of these rooms. Prying eyes guard this treasure. These spies are rewarded for their vigilance. The infested caves are a vortex, throbbing with suspicion. Here there is fear of exposure—the opposite of covering—because of love. The time has not yet come, Anna, to release these captives from the caves [meaning the stolen treasure], but all that is of Me and is Mine will be cleansed and come to Me.”

I did not understand what He meant. He continued, “Just as tears and prayers can be stored above, so can praise be taken captive by the evil one and stored in caves of horn. The enemy bathes in stolen worship—renewing himself in that which belongs to God, putting his hands all over that which is sacred and secret. Since Satan cannot create but only imitate and defile that which belongs to God, his greatest joy is to desecrate that which is of the Light. My Father will one day have all that belongs to Him. The temple vessels were captured and hidden away in Babylon, desecrated by being mocked and used to toast false gods. Just as these were returned and reconsecrated to God, so all that belongs to My Father will be cleansed and consecrated to Him alone.’ The enemy is in dense darkness, doing that which is foul in order to relieve his pain, but instead only multiplies his pain. But My Father will set free all that belongs to Him. He will cleanse it from the filth of deception and idolatry corrupting it so that it might rise to Him.” (see here).

Some examples of physical actions that transfer into the spiritual realm are prayer, reading your Bible, fasting, Christ’s passion and crucifixion, the blood of Jesus, water baptism, the Lord’s Supper,preaching the gospel, laying hands on the sick, confessing Jesus as Lord, giving money (tithes and offerings), making prophetic models and spiritual maps, striking the water with a mantle, throwing a stick in the water to make iron float, blowing air, blowing a trumpet, blowing a ram’s horn, mouth to mouth and eye-to-eye resuscitation, wielding the sword of the Spirit, putting clay on blind eyes to form new ones, throwing fire, commanding fire to come down from heaven, holy dancing, praising the Lord with instruments, praising the Lord with our mouths, thanksgiving, singing, shouting, shedding tears, clapping hands and stomping feet, feeding the hungry, clothing the naked, inviting strangers, suffering for Christ and His Church, anointing with oil, and using hand-to-hand combat against demons.

Some examples of spiritual actions that transfer into the physical realm are the Father’s Voice heard in the natural realm, chariots of fire appearing, demons causing sickness, disease, lumps, and injuries; placing a seal on the heart or forehead, bread from heaven appearing on earth, water from a rock, fire from heaven, disciples translated through time and space, camera flashes, Jesus appearing, angels appearing, angels have been recorded on tape singing, angels touching people, ministering to them, opening prison doors, unlocking chains, lifting objects, moving heavy things like cars, trucks, planes, etc.; new, human body parts given to people, diamonds and other gems, gold dust and gold teeth, Jesus gives us food from heaven, living water, Holy Spirit causing the virgin to conceive of baby Jesus, drawing wages from heaven to earth, rain, and the glory of God can be visible as a cloud that keeps people from standing.  There are also many various spiritual weapons in heaven available for the disciple, which can be appropriated through prayer.

This world has nothing to offer compared to what is available in the kingdom of heaven for the people of God.  And if you are a disciple of Christ, you can appropriate everything you need from God's kingdom into your life. “His divine power has granted to us everything pertaining to life and godliness, through the true knowledge of Him who called us by His own glory and excellence.” (2Pe 1:3). Likewise, you need to realize that your actions, including your words and physical movements, have a direct impact on the spiritual realm.  This should motivate you in your prayers, your praise, your spiritual warfare, your worship, your sharing, your giving of tithes and offerings, and your entire walk with God.

Author's note: You may also access my complete blog directory at "Writing for the Master."

Len Lacroix is the founder of Doulos Missions International.  He was based in Eastern Europe for four years, making disciples, as well as helping leaders to be more effective at making disciples who multiply, developing leaders who multiply, with the ultimate goal of planting churches that multiply. His ministry is now based in the United States with the same goal of helping fulfill the Great Commission. www.dmiworld.org.
Posted by Len at 4:44 AM