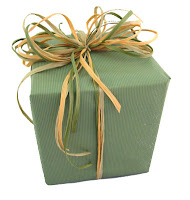 Grace is not an excuse to sin.  It’s not an exemption from obedience.  Here is what grace is, as I understand it.

“For by grace you have been saved through faith; and that not of yourselves, it is the gift of God; not as a result of works, so that no one may boast.” (Eph 2:8-9)

“But now apart from the Law the righteousness of God has been manifested, being witnessed by the Law and the Prophets, even the righteousness of God through faith in Jesus Christ for all those who believe; for there is no distinction; for all have sinned and fall short of the glory of God, being justified as a gift by His grace through the redemption which is in Christ Jesus; whom God displayed publicly as a propitiation in His blood through faith. This was to demonstrate His righteousness, because in the forbearance of God He passed over the sins previously committed; for the demonstration, I say, of His righteousness at the present time, so that He would be just and the justifier of the one who has faith in Jesus. Where then is boasting? It is excluded. By what kind of law? Of works? No, but by a law of faith. For we maintain that a man is justified by faith apart from works of the Law. Or is God the God of Jews only? Is He not the God of Gentiles also? Yes, of Gentiles also, since indeed God who will justify the circumcised by faith and the uncircumcised through faith is one. Do we then nullify the Law through faith? May it never be! On the contrary, we establish the Law.” (Rom 3:21-31)

For more on this point, please see my blog "By Grace Alone."

Jesus Forgives the Sinner
Secondly, Jesus forgives sins committed, as defined by the first covenant, and He sets the sinner free from those sins.

"For I will be merciful to their iniquities, and I will remember their sins no more." (Heb 8:12)

“For this reason Christ is the mediator of a new covenant, that those who are called may receive the promised eternal inheritance —now that he has died as a ransom to set them free from the sins committed under the first covenant.” (Heb 9:15)

By Grace We Are Free from Sin
Thirdly, because we are under His grace, we do not go on deliberately sinning (breaking God’s commands).  In Christ, we died to sin, as defined by the Law and the Prophets.

“What shall we say then? Are we to continue in sin so that grace may increase? May it never be! How shall we who died to sin still live in it?” (Rom 6:1-2)

“No one who abides in Him sins; no one who sins has seen Him or knows Him. Little children, make sure no one deceives you; the one who practices righteousness is righteous, just as He is righteous; the one who practices sin is of the devil; for the devil has sinned from the beginning. The Son of God appeared for this purpose, to destroy the works of the devil. No one who is born of God practices sin, because His seed abides in him; and he cannot sin, because he is born of God.” (1Jo 3:6-9)

So grace makes us free FROM sin, not free TO sin.

Jesus Fulfills the Law in Us
Next, Jesus fulfills the Law and enables those who believe in Him under the New Covenant to fulfill the intent of the Law.  By His grace He enables us to obey His commands through the leading of the Spirit.

The apostle Paul wrote: “Do we then nullify the Law through faith? May it never be! On the contrary, we establish the Law.” (Rom 3:31)

Jesus said, "Do not think that I came to abolish the Law or the Prophets; I did not come to abolish but to fulfill. For truly I say to you, until heaven and earth pass away, not the smallest letter or stroke shall pass from the Law until all is accomplished. Whoever then annuls one of the least of these commandments, and teaches others to do the same, shall be called least in the kingdom of heaven; but whoever keeps and teaches them, he shall be called great in the kingdom of heaven. For I say to you that unless your righteousness surpasses that of the scribes and Pharisees, you will not enter the kingdom of heaven.”  (Mat 5:17-20)

Jesus said, "He who has My commandments and keeps them is the one who loves Me; and he who loves Me will be loved by My Father, and I will love him and will disclose Myself to him." (Joh 14:21)

The Corinthians were marrying unbelievers and doing things that were unholy (2 Co 6:14).  He was concerned that they might be led astray from pure devotion to Christ (2 Cor 11:3) Paul had reminded them that we will all stand before the judgment seat of Christ and receive what is due to us for whatever we did while in the body, whether good or bad. (2 Co 5:10).   That ought to have put the fear of God back into them!  Immediately after he spoke about the judgment of Christ, he said he knew what it was to fear the Lord.  That’s why he tried to persuade men and hoped that it would manifest itself in their conscience. (2 Co 5:11)

Paul said, “We implore you on behalf of Christ: Be reconciled to God.” (2 Co 5:20).  He was telling Christians to be reconciled to God!  Reconciliation is normally for those who are not saved.  That means they were not living right.

He reminded them that we are to be “the righteousness of God” (2 Co 5:21). Then he says, “We URGE you, as God’s co-workers, not to receive God’s grace in vain.” (2 Co 6:1).  The way they were living was such that although they had received the grace of God, it would all be in vain unless they repent.  How could the grace of God be in vain for them?  The answer is because they thought they were saved but were not living righteous, obedient, and holy lives, and risked missing heaven.

He says that now’s the time of God’s favor when they can get right with God (2 Co 6:2). He urged them to come out from among them and be separate, to touch no unclean thing.  And then the Lord would walk among them, dwell among them, and be their God, and they would be His people.  (2 Co 6:16-17) He said that we should cleanse or purify ourselves from all that defiles our flesh and spirit, and perfect holiness in the fear of God!! (2 Co 7:1) And just in case they felt condemned, he reassured them that his purpose was not to condemn them (2 Co 7:3).

Do Not Fall Short of the Grace of God
Paul wrote to the Hebrews, “See to it that no one comes short of the grace of God; that no root of bitterness springing up causes trouble, and by it many be defiled.”  (Heb 12:15).  It’s possible to fall short of God’s grace after initially receiving it.

Putting it All Together
The grace of God cost Jesus His life.  He laid down His life so that we might know Him and experience this gift of salvation.  By grace through faith, God justifies the sinner, forgives all his sin, and sets him free from slavery to sin. But it’s possible to fall short of the grace of God and to receive His grace in vain.  This is a tragic mistake.

Grace enables the Lord to fulfill the Law in His people.  He writes His law on their hearts.  By grace through faith, the one who is saved is enabled to fulfill the commandments of God, because the Spirit of Christ, who fulfills the Law, lives in him.  And He is the source of salvation for all who obey Him.

Grace will cost you your life.  It will cost you everything, but it's worth it.  All we have is as filthy rags compared to what He has in store for those who love and obey Him.

Is Obedience Optional?
The Cost of Discipleship
The Law Fulfilled in Us
Keeping Sundays Holy
Salvation with Fear and Trembling
The Highest Form of Slavery

Len Lacroix is the founder of Doulos Missions International.  He was based in Eastern Europe for four years, making disciples, as well as helping leaders to be more effective at making disciples who multiply, developing leaders who multiply, with the ultimate goal of planting churches that multiply. His ministry is now based in the United States with the same goal of helping fulfill the Great Commission. www.dmiworld.org.
Posted by Len at 5:20 AM