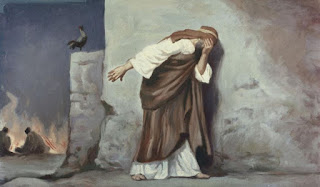 Walking in the Perfect Will of God 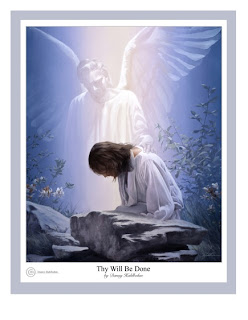 I want to address the matter of God’s will, since there are so many misconceptions and misunderstandings about it.  Both non-believers and believers alike have some negative connotations surrounding the expression “God’s will.”

Some people think the will of God for their lives must be dreary, boring, or too difficult.  I used to think like that before I knew the Lord. Others think that if they do God’s will, then it will require them to do something they don’t want to do.  Some question God’s will, saying things like, “If God were a God of love, why would He allow this to happen.”  Still many don’t even know what the expression “God’s will” even means!

So let’s look at the truth about God’s will, so that we can properly understand it and know it.

The Nature and Meaning of God’s Will
First of all, let’s consider the very nature of God’s will and what it means when we refer to the will of God.

God’s will is that Jesus would lose none of those whom He has given to Jesus. "This is the will of Him who sent Me, that of all that He has given Me I lose nothing, but raise it up on the last day.  (Joh 6:39)

It’s God’s will to give eternal life to those who believe in Jesus. "For this is the will of My Father, that everyone who beholds the Son and believes in Him will have eternal life, and I Myself will raise him up on the last day."  (Joh 6:40)

It’s not God’s will that anyone perish in hell.  "So it is not the will of your Father who is in heaven that one of these little ones perish.  (Mat 18:14)

For the sorrow that is according to the will of God produces a repentance without regret, leading to salvation, but the sorrow of the world produces death. (2Co 7:10)

Will (Greek, thelema)
When speaking of the will of God, the word for “will” is thelema, which means “A determination (properly the thing), that is, (actively) choice (specifically purpose, decree; abstractly volition) or (passively) inclination: - desire, pleasure, will.” – Strong. The will of God is what He has determined should happen.  It’s His desire or pleasure.

Another word that is used much less often for God’s will is boulomai, which is a verb that means “1) to will deliberately, have a purpose, be minded; 2) of willing as an affection, to desire.” – Thayers.  Some examples in the New Testament, where this is used for God’s will are 2 Peter 3:9 (where it is used in the negative sense about what God does not desire), Matthew 11:27, 1 Corinthians 12:11 and James 1:18.

It was God’s will to beget us and give us new life by the Word of Truth. “In the exercise of His will He brought us forth by the word of truth, so that we would be a kind of first fruits among His creatures.” (Jas 1:18)

It’s God’s will for you to be made pure and holy.  “For this is the will of God, your sanctification; that is, that you abstain from sexual immorality;” (1Th 4:3)

It’s God’s will for elders to shepherd His flock voluntarily, not because they have to, or because they are being forced to, or for the money. “Shepherd the flock of God among you, exercising oversight not under compulsion, but voluntarily, according to the will of God; and not for sordid gain, but with eagerness; (1Pe 5:2)

Now that we have established the true meaning of God’s will and its benevolent nature, let’s see why it’s so important.

The apostle Paul lived according to God’s will. “But taking leave of them and saying, ‘I will return to you again if God wills,’ he set sail from Ephesus.” (Act 18:21)

Paul prayed that he would visit the Christians in Rome by the will of God. “Always in my prayers making request, if perhaps now at last by the will of God I may succeed in coming to you.” (Rom 1:10)  As we know from Luke’s account in the book of Acts, when Paul was on trial for his faith, he appealed to Caesar.  This required that he be sent to Rome for the emperor’s decision.  Therefore, he did go to Rome, but it was as a prisoner.  There he lived in his own rented house, where he welcomed all who came to see him, and preached the kingdom of God to them.

That’s why the Spirit’s intercession is so vital, because the only prayer God hears is the prayer according to God’s will.  “This is the confidence which we have before Him, that, if we ask anything according to His will, He hears us.”  (1Jn 5:14)

We must know and confirm the will of God. “And do not be conformed to this world, but be transformed by the renewing of your mind, so that you may prove what the will of God is, that which is good and acceptable and perfect.” (Rom 12:2)

You need to be fully assured as to what God’s will is, and this comes through prayer.  “Epaphras, who is one of your number, a bondslave of Jesus Christ, sends you his greetings, always laboring earnestly for you in his prayers, that you may stand perfect and fully assured in all the will of God.” (Col 4:12)

That’s the way He Himself prayed in the midst of His suffering.  “He went away again a second time and prayed, saying, ‘My Father, if this cannot pass away unless I drink it, Your will be done.’"  (Mat 26:42)

Now that we see so many reasons why the will of God is so important, let’s move on to how that applies to our lives from a practical perspective.

The Necessity of Doing God’s Will
Not only is God’s will benevolent and very important to us, it is absolutely necessary for us to do the will of God.

Doing God’s will is not the same as saying you will do it or having sincere intentions. It must be evidenced by action.  "Which of the two did the will of his father?" They *said, "The first." Jesus *said to them, "Truly I say to you that the tax collectors and prostitutes will get into the kingdom of God before you.  (Mat 21:31)

Anyone who knows God’s will, and does not act according to it, will be punished severely in hell. "And that slave who knew his master's will and did not get ready or act in accord with his will, will receive many lashes,  (Luk 12:47). So there is a great responsibility to live in the perfect will of God once you know it.

And those who don’t act upon it, because they don’t know it will be punished, too, although less severely. (Lk 12:48)

For Jesus it was as nourishing as eating food to do God’s will.  “Jesus said to them, ‘My food is to do the will of Him who sent Me and to accomplish His work.’”  (Joh 4:34)

Jesus only sought to do God’s will.  "I can do nothing on My own initiative. As I hear, I judge; and My judgment is just, because I do not seek My own will, but the will of Him who sent Me.  (Joh 5:30)

You come to know the will of God experientially by doing it. It’s not just an intellectual head knowledge that you need.  "If anyone is willing to do His will, he will know of the teaching, whether it is of God or whether I speak from Myself.  (Joh 7:17).

God knew that King David would do all His will, and He called him a man after His heart.  "After He had removed him, He raised up David to be their king, concerning whom He also testified and said, 'I HAVE FOUND DAVID the son of Jesse, A MAN AFTER MY HEART, who will do all My will.'  (Act 13:22).  We need to be men and women and children after God’s heart, who will do all his will.

Once you know God’s will, He will give you all you need to do it.  “Now the God of peace, who brought up from the dead the great Shepherd of the sheep through the blood of the eternal covenant, even Jesus our Lord, equip you in every good thing to do His will, working in us that which is pleasing in His sight, through Jesus Christ, to whom be the glory forever and ever. Amen.” (Heb 13:20-21)

Putting it All Together
As we’ve discovered in God’s Word today, the will of God is not something to be dreaded. It’s nothing to run away from or resist.  His will is always good, perfect and pleasing.

He desires all men to be saved. It’s not His will that any perish, but that all come to repentance.  Yet you must repent and give your life to Jesus, or else you will perish. But since He cannot make you repent, He sometimes allows godly sorrow into your life to bring you to repentance, which leads to salvation.

The will of God is for you to be sanctified, holy, righteous, and living according to the truth, doing what is right, and giving thanks to Him in everything.   God’s will is very important to us.  It affects every aspect of your life -- including where you live, work, go to school, what you do for work and recreation, who you marry, how you dress, how you treat your parents, spouse, children, and neighbor, and how you spend your money.

However, we don’t seek to know the will of God for informational purposes only.  We seek to know it, so that we can do it.  It’s not enough to simply call Jesus your Lord.  It’s absolutely necessary for you to do the will of God, in order to become part of Jesus’ family, to enter heaven and live forever.

Attribution notice: Most Scripture quotations taken from the NASB. The "Thy Will Be Done" painting © 2012 is by Danny Hahlbohm, all rights reserved by the artist.

Author's note:  I invite you to visit these related articles of mine: "Is Obedience Optional?", "Obedience by the Spirit,"  "Righteous Deeds and White Robes,"  "Faith Works!," and "Doing What is Right," and Is Practical Righteousness a Lost Truth? You can access my complete blog directory at "Writing for the Master."  I also recommend the booklet by brother Sadiq Ibraham, called Walking in God's Perfect Will.

Len Lacroix is the founder of Doulos Missions International.  He was based in Eastern Europe for four years, making disciples, as well as helping leaders to be more effective at making disciples who multiply, developing leaders who multiply, with the ultimate goal of planting churches that multiply. His ministry is now based in the United States with the same goal of helping fulfill the Great Commission. www.dmiworld.org.
Posted by Len at 4:36 PM