Belonging to the Lord 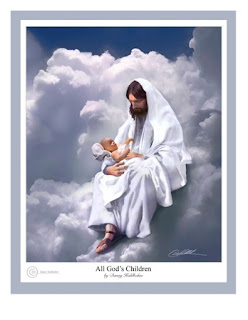 I have previously explained The Role of the Trinity in Drawing People to God, and today I'd like to elaborate further on how those who know Jesus actually come to belong to Him. The Lord explained this to us clearly in His Word, so let's take a look!

He taught that all those who belong to Him are given to Him by the Father, which means we first belonged to the Father before He gave us to Jesus. That's pretty amazing, because it means that we may not have been aware of it at that time before we knew Jesus. It doesn't mean we would have been saved if we had died in that condition without knowing Christ, but it means just what it says -- that we belonged to the Father and He is the One who gave us to Jesus.

As He said, He knows His own sheep whom the Father has given Him, and He gives them eternal life. For Jesus is the One who gives them eternal life, and they cannot be saved without knowing Him, even though He said that they belonged to the Father before they knew Him. Once they do come to know Him, then they will never perish, because no one is able to snatch them out of His hand and the Father's hand, since He and the Father are one, and the Father is greater than all. When you are in the hand of the greatest One of all in the whole universe, there is no one who is able to pluck you out of it.

In saying this, Jesus reaffirmed what He had previously promised when He said, "This is the will of Him who sent Me, that of all that He has given Me I lose nothing, but raise it up on the last day." (Joh 6:39). So once again we have His word on it that those who belong to Him (i.e., His true disciples) were given to Him by the Father, and that He will lose none of them. On the last day, He will raise them up. This is the amazing Keeping Power of God that I have expounded on in more depth in a previous article by that name. It doesn't negate the part you have in the matter, because you still have to keep His Word, but it's God's promise to be faithful to keep those who are His.

Listen to what Jesus said in His high-priestly prayer on the night He was betrayed, when He prayed to the Father saying, "I have manifested Your name to the men whom You gave Me out of the world; they were Yours and You gave them to Me, and they have kept Your word. Now they have come to know that everything You have given Me is from You." (Joh 17:6-7)

He made several important points here. First, notice that He said the Father gave the disciples to Him out of the world, and that they belonged to the Father before He ever gave them to Jesus. That's the main point of this article that I want to make sure you don't miss. Secondly, everything the Father has given to Jesus is from the Father. For the earth is the Lord's and the fullness thereof, the world and all who dwell therein (Ps 24:1; 1 Cor 10:26). Lastly, we should note that the disciples, except for Judas who betrayed the Lord, kept God's Word, which is what I just pointed out a moment ago about the need for us to do our part and keep His Word. That's all part of keeping the terms of the covenant.

Jesus further prayed, "I ask on their behalf; I do not ask on behalf of the world, but of those whom You have given Me; for they are Yours; and all things that are Mine are Yours, and Yours are Mine; and I have been glorified in them. I am no longer in the world; and yet they themselves are in the world, and I come to You. Holy Father, keep them in Your name, the name which You have given Me, that they may be one even as We are." (Joh 17:9-11)

Jesus prayed, "Now they have come to know that everything You have given Me is from You." (Joh 17:7). This powerfully reinforces and emphasizes the same point. In order for the Father to give anything to Jesus, it has to belong to the Father first. Therefore all true disciples belong to the Father before He gives us to Jesus. As the apostle Paul wrote, "everything comes from God." (1 Cor 11:12b).

This message of belonging to the Father and to the Lord Jesus has a wonderful, practical application for you today, which is that your life does not belong to you anymore. That means those who live should no longer live for themselves but for Him who died for them and rose again on their behalf. Belonging to the Lord means living for Him and for His pleasure. As the apostle Paul wrote to the saints in Corinth, "You are not your own; you were bought at a price. Therefore honor God with your bodies." ( 1 Cor 6:19b-20, NIV).

Attribution notice: Most Scripture quotations taken from the NASB, unless otherwise noted. "All God's Children" painting © 2012 Danny Hahlbohm, all rights reserved by the artist.

Author's note: If you enjoyed this post, you may also enjoy The Role of the Trinity in Drawing People to God, Keeping Power of God, All Things Handed Over to Jesus, Holy Living in a Perverted World, Holding Fast the Faithful Word, Sins That Will Keep You From Heaven, Drifting Away, Is Obedience Optional?, The Apostasy Parables, The Obedience of Faith, Aim for Perfection, The Conditional Security of the Believer, Walking in the Perfect Will of God, The Straight and Narrow Path, If -- A Picture Paints a Thousand Words, Striving to Enter the Kingdom of God, Only the Holy -- Three Shocking Testimonies, Ask for the Ancient Paths, Living a Life Worthy of the Lord, Keeping a Good Conscience, Separation from the World, Having a Servant's Heart, Spiritual Do-it-Yourself, Faith Works!, The Difference Between a Disciple and a Believer. You can find more of my articles related to Seeking the Lord on the Home page of this blog. You may also access my complete blog directory at "Writing for the Master." Now I'd like to ask a very important question.

Len Lacroix is the founder of Doulos Missions International.  He was based in Eastern Europe for four years, making disciples, as well as helping leaders to be more effective at making disciples who multiply, developing leaders who multiply, with the ultimate goal of planting churches that multiply. His ministry is now based in the United States with the same goal of helping fulfill the Great Commission. www.dmiworld.org
Posted by Len at 9:57 AM