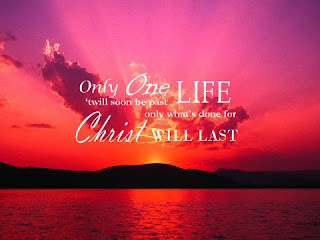 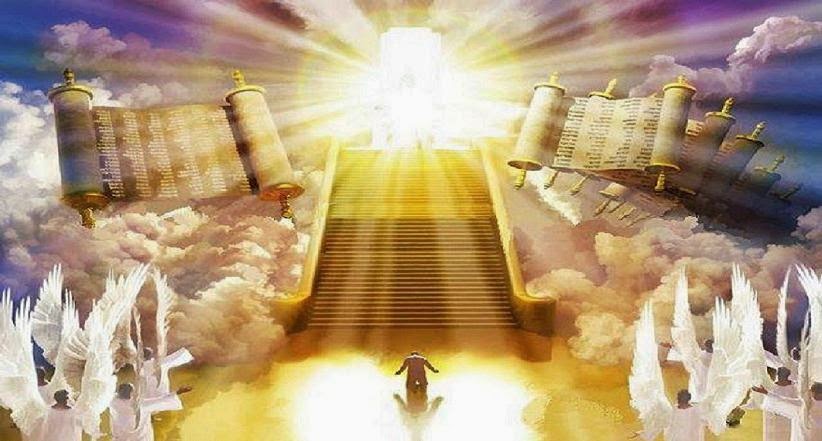 There are many people who are sincere Christians and even pastors who have no accountability in their lives.  Being accountable means you must give an account for yourself.

Peter’s Questions to Ananias and Saphira
But Peter said, "Ananias, why has Satan filled your heart to lie to the Holy Spirit and to keep back some of the price of the land? "While it remained unsold, did it not remain your own? And after it was sold, was it not under your control? Why is it that you have conceived this deed in your heart? You have not lied to men but to God."  (Act 5:3-4)

1. Why has Satan filled your heart to lie to the Holy Spirit and to keep back some of the price of the land?
2. While it remained unsold, did it not remain your own?
3. And after it was sold, was it not under your control?
4. Why is it that you have conceived this deed in your heart?

Peter also questioned Sapphira:
And Peter responded to her, "Tell me whether you sold the land for such and such a price?" And she said, "Yes, that was the price." Then Peter said to her, "Why is it that you have agreed together to put the Spirit of the Lord to the test? Behold, the feet of those who have buried your husband are at the door, and they will carry you out as well."  (Act 5:8-9)

He asked Sapphira two accountability questions:
1. Tell me whether you sold the land for such and such a price?
2. Why is it that you have agreed together to put the Spirit of the Lord to the test?

The rich man asked an accountability question to the manager
Now He was also saying to the disciples, "There was a rich man who had a manager, and this manager was reported to him as squandering his possessions. "And he called him and said to him, 'What is this I hear about you? Give an accounting of your management, for you can no longer be manager.'”  (Luk 16:1-2)

The rich man (employer) asked the manager (employee) one accountability question:
What is this I hear about you? Give an accounting of your management!

God’s accountability questions to Adam and Eve
Accountability is something that is found all throughout Scripture from Genesis to Revelation.  In the Garden of Eden, after they sinned God asked:

God did not question the serpent, through which satan was operating, since satan was already condemned for rebellion and was notorious for that. He had already fallen beyond any hope of repentance, so there was no point in questioning him.  Yet God did ask questions of Adam and Eve.  Not only did God ask them questions, but He sentenced them for their sin after He cursed the serpent.

The LORD God said to the serpent, "Because you have done this, Cursed are you more than all cattle, And more than every beast of the field; On your belly you will go, And dust you will eat All the days of your life; And I will put enmity Between you and the woman, And between your seed and her seed; He shall bruise you on the head, And you shall bruise him on the heel." To the woman He said, "I will greatly multiply Your pain in childbirth, In pain you will bring forth children; Yet your desire will be for your husband, And he will rule over you." Then to Adam He said, "Because you have listened to the voice of your wife, and have eaten from the tree about which I commanded you, saying, 'You shall not eat from it'; Cursed is the ground because of you; In toil you will eat of it All the days of your life. "Both thorns and thistles it shall grow for you; And you will eat the plants of the field; By the sweat of your face You will eat bread, Till you return to the ground, Because from it you were taken; For you are dust, And to dust you shall return."  (Gen 3:14-19)

Man is Accountable for His Fellow Man
Man has always been and always will be accountable to God for his fellow man.  God said to Noah:

“And from each human being, too, I will demand an accounting for the life of another human being. Whoever sheds human blood, by humans shall their blood be shed; for in the image of God has God made mankind.” (Gen 9:5-6)

God will demand an accounting from each man for the life of his fellow man, for God has made mankind in the image of God.  This is why God instituted the death penalty.  The Law required the death penalty for various acts, including murder (Exodus 21:12), kidnapping (Exodus 21:16), bestiality (Exodus 22:19), adultery (Leviticus 20:10), homosexuality (Leviticus 20:13), being a false prophet (Deuteronomy 13:5), prostitution and rape (Deuteronomy 22:24), and several other crimes. God takes these things very seriously.

God not only holds man accountable for the physical death of his fellow man, but also his spiritual destruction as well. He said to Ezekiel:

God warned Ezekiel that He would hold him accountable for the blood of the wicked if he failed to warn them and they die in their iniquity.  He repeated this again:

“But if the watchman sees the sword coming and does not blow the trumpet and the people are not warned, and a sword comes and takes a person from them, he is taken away in his iniquity; but his blood I will require from the watchman's hand. Now as for you, son of man, I have appointed you a watchman for the house of Israel; so you will hear a message from My mouth and give them warning from Me. When I say to the wicked, 'O wicked man, you will surely die,' and you do not speak to warn the wicked from his way, that wicked man shall die in his iniquity, but his blood I will require from your hand. But if you on your part warn a wicked man to turn from his way and he does not turn from his way, he will die in his iniquity, but you have delivered your life.” (Eze 33:6-9)

The apostle Paul alluded to this when He said, “Therefore, I testify to you this day that I am innocent of the blood of all men. For I did not shrink from declaring to you the whole purpose of God.” (Act 20:26-27)

“But when Silas and Timothy came down from Macedonia, Paul began devoting himself completely to the word, solemnly testifying to the Jews that Jesus was the Christ. But when they resisted and blasphemed, he shook out his garments and said to them, ‘Your blood be on your own heads! I am clean. From now on I will go to the Gentiles.’"  (Act 18:5-6)

Paul declared to the Jews who resisted him and blasphemed that their blood would be upon their own heads, since he made a good faith effort to warn them.

“For we must all appear before the judgment seat of Christ, so that each one may be recompensed for his deeds in the body, according to what he has done, whether good or bad.” (2Co 5:10)

"But I tell you that everyone will have to give account on the day of judgment for every empty word they have spoken." (Mt 12:36)

“But because of your stubbornness and unrepentant heart you are storing up wrath for yourself in the day of wrath and revelation of the righteous judgment of God, who will render to each person according to his deeds.” (Rom 2:5-6)

“But you, why do you judge your brother? Or you again, why do you regard your brother with contempt? For we will all stand before the judgment seat of God…So then each one of us will give an account of himself to God.” (Rom 14:10-12)

Peter warned of the coming judgment, as well, when we will all give an account to God:

“For when they maintain this, it escapes their notice that by the word of God the heavens existed long ago and the earth was formed out of water and by water, through which the world at that time was destroyed, being flooded with water. But by His word the present heavens and earth are being reserved for fire, kept for the day of judgment and destruction of ungodly men. But do not let this one fact escape your notice, beloved, that with the Lord one day is like a thousand years, and a thousand years like one day. The Lord is not slow about His promise, as some count slowness, but is patient toward you, not wishing for any to perish but for all to come to repentance. But the day of the Lord will come like a thief, in which the heavens will pass away with a roar and the elements will be destroyed with intense heat, and the earth and its works will be burned up. Since all these things are to be destroyed in this way, what sort of people ought you to be in holy conduct and godliness, looking for and hastening the coming of the day of God, because of which the heavens will be destroyed by burning, and the elements will melt with intense heat! But according to His promise we are looking for new heavens and a new earth, in which righteousness dwells. Therefore, beloved, since you look for these things, be diligent to be found by Him in peace, spotless and blameless,” (2Pe 3:5-14)

And in the Revelation given to the apostle John, we see that there is an eternal judgment coming:

This is a sobering warning that gives you an opportunity to repent now for any failures on your part, and to cry out for God’s mercy.  Jesus Christ died on the cross to save sinners, and if you will confess your sin to Him, asking for mercy, you can be forgiven.  But more importantly you need to know Him and commit to living for Him for the rest of eternity, since that is what you were created for.  It is the only way you will experience the love, joy, and peace that you were created to enjoy throughout eternity with God.

Attribution notice: Most Scripture quotations taken from the NASB. Image of judgment seat of Christ courtesy of River of Life MD.

Author's note:  Also see Accountable, correctable, and teachable, Is Obedience Optional?, Holy Living in a Perverted World, Salvation with Fear and Trembling, Life is Short. Eternity is Not., Only the Holy -- Three Shocking Testimonies, and The Cost of Discipleship. You can access the Main Directory for Seeking the Lord, or my complete blog directory at "Writing for the Master."  Now I'd like to ask a very important question.

Len Lacroix is the founder of Doulos Missions International.  He was based in Eastern Europe for four years, making disciples, as well as helping leaders to be more effective at making disciples who multiply, developing leaders who multiply, with the ultimate goal of planting churches that multiply. His ministry is now based in the United States with the same goal of helping fulfill the Great Commission. www.dmiworld.org.
Posted by Len at 7:50 PM