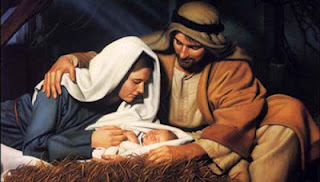 Maybe you are facing some insurmountable, impossibility and you wonder how you can carry out your mission in those circumstances.  Maybe you feel like your life is too insignificant and unproductive for God to use.  Let’s look at how God brought His own Son into the world in human form, and subsequently the church. Please be sure and read the conclusions and reflective questions at the end.

Genesis 25:
Now these are the records of the generations of Isaac, Abraham's son: Abraham became the father of Isaac; and Isaac was forty years old when he took Rebekah, the daughter of Bethuel the Aramean of Paddan-aram, the sister of Laban the Aramean, to be his wife. Isaac prayed to the LORD on behalf of his wife, because she was barren; and the LORD answered him and Rebekah his wife conceived. But the children struggled together within her; and she said, "If it is so, why then am I this way?" So she went to inquire of the LORD. The LORD said to her, "Two nations are in your womb; And two peoples will be separated from your body; And one people shall be stronger than the other; And the older shall serve the younger."  (Gen 25:19-23)

Observations from reading Genesis 25:
Genesis 30:
Now when Rachel saw that she bore Jacob no children, she became jealous of her sister; and she said to Jacob, "Give me children, or else I die."  (Gen 30:1)

Then God remembered Rachel, and God gave heed to her and opened her womb. So she conceived and bore a son and said, "God has taken away my reproach." She named him Joseph, saying, "May the LORD give me another son."  (Gen 30:22-24)

Putting it All Together
My former profession was project management, so I like to look at things as though they were a project. If the birth of Messiah into the world were a project being conducted by a human being, here is how it would be done.  The project manager would take into consideration the final deliverable, the specifications and the deadline when the project was due.  A Jewish male, who would save the world and become king, must be born in the fullness of time by set date.

Then he would determine the tasks necessary to produce the required outcome or deliverable.  He would then select project members to perform specific tasks.  He would need many women, who would give birth to children that would become ancestors of the Messiah.  These would all need to be devout, Jewish women, who were fertile.  The project manager would certainly not select any women who were barren, childless widows, Gentiles, prostitutes, or any others he considered project risks or "under producers."  He would not select anyone he knew present a significant risk to the successful completion of the project.

Man looks at things from the perspective of probability and risk, because he doesn't know the future.  If one option available to him has a 1% chance of success and the other has a 99% chance of success, he will select the one with 99%.

It's just like a professional craftsman on earth.  Take a wood worker for example.  If he is skilled with doing intricate woodwork with beautiful carvings, he would not be content to work at a sawmill, making trees into planks.  Simply cutting large pieces of wood into little ones would be below his skill level.  For God, it is below His skill level to work with situations that are easy or have a great probability for success based on their own merits.  He prefers to work with impossibilities.  The Bible is full of examples like this, many of which have been cited here in this blog.

It's like people who want to recycle glass.  They are looking for bottles, jars, and anything made of glass. You bring your used bottles to them, and receive cash back.  It's not a bad deal to exchange dirty old bottles for money.  Likewise, God is looking for impossibilities.  You bring them to Him in exchange for something that's of worth.  Except that what He produces with our impossible situations is not just some small coin.  Rather He makes something lovely, rare, beautiful, precious, of great significance, and eternal value.

God is looking for your impossibility today.  Will you bring it to Him in faith that He will make something beautiful with it?

Questions for meditation and reflection:
Attribution notice: Most Scripture quotations taken from the NASB.
Author's note: You can also find my complete collection of blogs at Writing for the Master.

Len Lacroix is the founder of Doulos Missions International.  He was based in Eastern Europe for four years, making disciples, as well as helping leaders to be more effective at making disciples who multiply, developing leaders who multiply, with the ultimate goal of planting churches that multiply. His ministry is now based in the United States with the same goal of helping fulfill the Great Commission. www.dmiworld.org.
Posted by Len at 4:17 AM